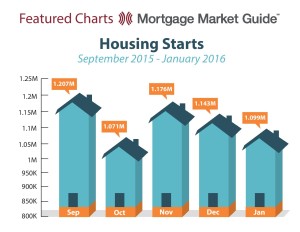 The Commerce Department reported that January Housing Starts fell 3.8 percent from December to an annual rate of 1.099 million units. This was lower than the 1.171 million expected and a three-month low. All four major regions across the country saw declines, but a big East Coast snowstorm caused a halt in some late-month construction. January Building Permits, a sign of future construction, hit 1.202 million units, just above the 1.200 million expected. December Building Permits was revised lower to 1.204 million from 1.232 million.

How Can We Help?